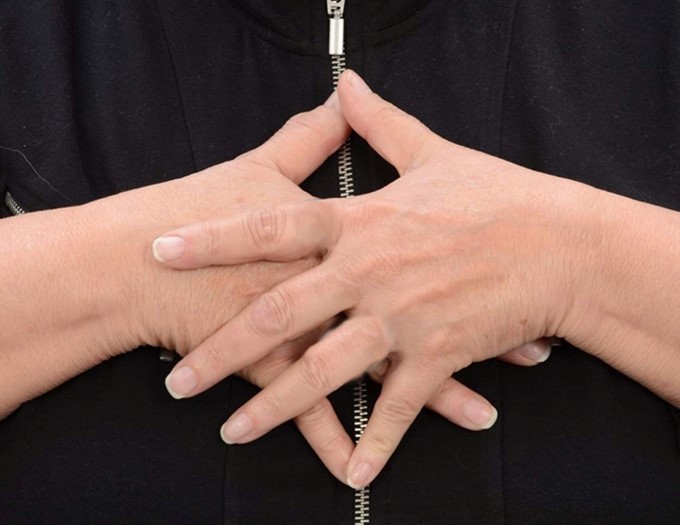 As a DCEP – diplomate in Energy Psychology – I love reading articles about the expanding scope of this dynamic healing method. For years now we’ve known that energy psychology is very beneficial for anxiety, phobias, fears, anger, depression, trauma, and other emotional life issues. But slowly, Emotional Freedom Technique (EFT) and other energy psychology methods are drifting into the treatment of illnesses and diseases that have an emotional root. I personally believe that if you dig deep enough, every illness has an emotional root. Because of that belief, I’m thrilled to post an article by Larry Burke, an North Carolina energy psychology friend, holistic physician, and author. This article is published in Huffington Post. I’m posting with his permission.
Read, enjoy, and learn.

It has been more than three years since my 2013 blog The Tipping Point for Tapping: EFT Goes Mainstream, and there have been more scientific and academic breakthroughs for acupuncture meridian tapping since then.  A recent meta-analysis of 12 randomized controlled trials found Emotional Freedom Techniques (EFT) to be effective in the treatment of depression.  There is also accumulating evidence that combat PTSD is curable with EFT. These recent developments have been rewarded by the granting of Category 1 Continuing Medical Education credits for physicians to learn tapping through the Association for Comprehensive Energy Psychology.

The next research frontier for the clinical application of tapping is in the treatment of physical diseases that may have psychosomatic origins. The Adverse Childhood Experiences (ACE) study from the Center for Disease Control of over 13,000 Kaiser-Permanente patients has shown conclusively that the higher the ACE score, the higher the likelihood of physical illnesses, such as ischemic heart disease, cancer, lung disease, and liver disease. Physician Gabor Mate observed in his book When the Body Says No that when someone does not learn to say no due to a disempowering abusive childhood the body will eventually say it for them in the form of a chronic disease.

The field of psychoneuroimmunology provides a physiological basis for how chronic emotional stress may lead to a compromised immune system and the development of autoimmune diseases, a modern epidemic in recent years.  However, it does not explain how a particular psychospiritual insult may lead to an illness that manifests as a somatic metaphor symbolizing the patient’s life story in the body. New Zealand clinical immunologist/psychiatrist Brian Broom provides useful insight into this process in “Symbolic Diseases and ‘Mindbody’ Co-Emergence. A Challenge for Psychoneuroimmunology” based on his experience treating hundreds of rheumatology patients.

Although Dr. Broom gets good results using only brief psychotherapy as an alternative to conventional treatment with high-risk, powerful biologic pharmaceuticals, EFT may offer an additional advantage due to its foundation in Chinese five element theory. The metaphorical idea of a connection between emotional imbalances and diseases of specific organs has been part of Chinese medicine for thousands of years, and tapping on particular acupoints allows release of these emotions that are trapped in the body. Pioneering psychiatrist and trauma researcher Bessel van der Kolk captured the concept in the title of his 1994 article and 2014 book, The Body Keeps Score.

From this perspective, the acupuncture meridians are the scorekeepers and the limbic system is the scoreboard. A computer software metaphor that I use for my patients is that when a trauma occurs it results in a malware program being downloaded into the meridian system which is then uploaded into a file in the brain. When the file is accessed later through a traumatic flashback, the program runs and the body responds as if taken back to the original trauma. Tapping interrupts this process and uninstalls the program utilizing a neurophysiological mechanism known as memory reconsolidation, similar to what occurs when you alter an open computer file and then resave it.

With this mechanism in mind, examples of the dramatic resolution of symbolic physical diseases using EFT are easier to understand, sometimes requiring only a single skillful tapping session.  The next time the memory file is accessed there are pictures and a story in it, but no program to run the body anymore. A particularly common example is when tapping is used to address the metal element connection between the lung organ and the emotion of grief where symbolic symptoms of chronic cough, sinusitis, and post-nasal drip reflect the widespread prevalence of unresolved traumatic loss in our modern society, in effect, a physical metaphor for inner crying.

Much more research needs to be done to clarify the relationships between the Chinese five elements, the emotions and physical diseases which could contribute to future breakthroughs in immunology and other fields.  Changing our basic approach from suppressing symptoms to addressing the root causes may assist in transforming the healthcare system while reducing side effects and minimizing our dependence on technology. Dreams and other forms of intuition can also guide us in this process as illustrated by women who have life-saving breast cancer warning dreams. Further insights into these issues are explored semi-annually in my workshops on Medical Intuition and Symbolic Diseases.

Larry Burk, MD, CEHP, was one of the pioneering researchers in MRI of the knee and shoulder and a founding member of the Safety Committee of the Society for MRI. He is currently a consulting associate professor of radiology at Duke University Medical Center. He made his initial entry into alternative medicine in the late 1980’s by exploring the use of hypnosis to deal with MRI claustrophobia. Dr. Burk trained in medical acupuncture in 1998 and co-founded the Duke Center for Integrative Medicine. He was integrative medicine education director until 2004 when he founded Healing Imager, PC, to do teleradiology and integrative medicine consulting. Dr. Burk was a founding member of the American Board of Scientific Medical Intuition and board president for the Rhine Research Center in 2007-2008. In 2009. He opened a part-time holistic medicine clinical practice for EFT (Emotional Freedom Techniques), hypnosis and dreamwork. He became a Certified Energy Health Practitioner in 2010 and was certified in hypnosis in 2011 by the American Society of Clinical Hypnosis. In 2012 Dr. Burk published Let Magic Happen: Adventures in Healing with a Holistic Radiologist, and his blogs and newsletters can be found at www.larryburkmd.com. His TEDx talk in 2016 was on Cancer Warning Dreams that Can Save Your Life. p to the day’s most important ne