I am honored to introduce my friend, guest blogger and book launch partner, Barbara Stone. She shares with us from her vast wisdom and insight, and I thank her for sharing with us today. 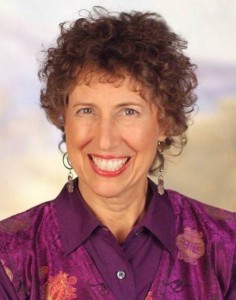 Barbara Stone is a professor at Energy Medicine University, a bilingual psychotherapist, and an international teacher. She developed Soul Detective Protocols using energy psychology methods to find and heal spiritual problems. Her book Invisible Roots presents her protocols for past life trauma and earthbound spirits, and her most recent book Transforming Fear into Gold is a guidebook for therapists to deal with the dark side. She holds a doctorate in Clinical Psychology from Pacifica Graduate Institute.

Have you noticed how power structures are shifting as we have entered this New Age of Aquarius? The changes in the Catholic Church are one example. The priesthood was set up in ancient times to help organize and govern humans, to give them rules of civilized behavior with each other. At that time, we were spiritual children and needed leaders to tell us what to do. The Emperor Constantine united church and state in 313 AD by recognizing Christianity and making it the law of the land. The Catholic Church grew and subsequently rose to power as one of the strongest institutions on the planet. Now this very structure is going through a cleansing process. The Pope, one who was thought to be infallible and directly connected to God, is being charged with human rights violations for trying to protect priests who sexually abused parishioners. How did spirituality get so twisted when sincere spiritual seekers joined religious orders as the fastest way to grow spiritually?

One layer of the problem is that priests have no outlet for normal sexual feelings. Having a rule that clergy are not even allowed to fantasize about sexuality creates shame about a natural process. Our bodies are designed to reproduce and to enjoy the act of creation of new life. In general, the church has split the body and the soul, saying that the needs of the body are base and vulgar and that only the soul is godlike. I believe that these physical bodies we have are wonderful creations and worthy of honor and care.

A second layer of the problem in the Catholic Church came from attempts to cover up the sexual abuse scandals to save face. This decision of the Pope to try to protect his pedophile priests is why he is now asking for immunity from prosecution. In this new age, as more people are opening up to their intuition and becoming aware of the world around them, clandestine secrets are becoming impossible to keep. I have to laugh at how my friends and I once tried to plan a surprise party for a psychic friend of ours—this feat was simply not possible!

As we each make our own connection directly to the support of our Divine spiritual guidance team, we no longer need an intermediary such as a priest or a guru to “channel God” for us. We are growing into spiritual maturity. We are no longer like children who need training wheels to ride a bike. Now we are becoming spiritual adults who think for ourselves and build our own spiritual connection to the Divine, and this spiritual autonomy is sweet and delicious!

I wonder what other secrets will come to light next as humans wake up to all that we are and expand into our full potential!