When We Grow Up by Gilda Evans 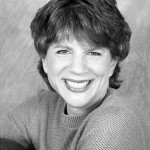 The recent Los Angeles Times article featuring my father has served not only as an inspiration to many, but also as a reminder of things that should never be forgotten.  My thanks to my agent, Terrie Wolf, who suggested re-posting this blog story from 2012.  It is an appropriate companion to my father’s story, which you can read via the link near the end of this post.

And now, a blast from the past –

Yesterday was a beautiful morning – sunny, not too cold with the hint of coming spring in the air. Yet, this beauty was marred by an act so ugly and abhorrent it caused one to momentarily overlook the natural surroundings and become aware of the basest part of human nature. An Israeli flag with a swastika painted on it was placed near one of the gates leading to my daughter’s school. So, one has to ask – what would prompt such a senseless act of hatred? When the children passed by and saw that heinous emblem, who answered them when they asked why? And how did they answer? How confusing for those young people to wonder what they had done to illicit such venom directed at them.

In fact, this type of despicable act has no place in what purports to be an advanced or enlightened society. Whether these acts are directed at one person, or a group of people because they happen to be jewish, muslim, black, gay, female or pink with purple polka dots does not condone the action under any set of circumstances. None of these criteria gives anyone the right to judge another person’s value, character or righteousness. I believe that a person is defined by their words, but even more so by their actions. Stealing is wrong, murder is wrong, senseless hatred is wrong. Yet, there are those who are guilty of these and other atrocities in every ethnic and lifestyle group, including all those I just mentioned (pink with purple polka dots excluded).

And so, it makes me wonder what the human race is going to be like when we finally grow up. We are by nature greedy and territorial. Our genetic make up insures survival of the fittest, and our need to mate is intended to insure survival of the species. So, if we are defending our mate, our clan or our home against an enemy we are programmed to fight and protect ourselves. And because of this programming, chances are there will always be battles to be fought on some level, in politics and in business on a domestic and global scale. But hatred based on the simple color of someone’s skin or lifestyle choice is not given to us by nature. It has to be learned, and is therefore given to us by those of the prior generation who haven’t grown up yet…those who haven’t learned how to share their toys or play nice in the sandbox. Those who bully and steal lunch money because they can. Funny…isn’t it usually the bullies who end up in jail or in some menial labor job and the nerds they picked on who end up running the big corporations?

Just recently Billy Crystal came under fire for donning black make-up to portray Sammy Davis, Jr. in one of his skits at the Oscars. Even the daughter of Mr. Davis later came forward to say that her father would have given his blessing to his dear friend Billy’s skit. Yet, there are those who still say that it wasn’t ok and choose to take offense at what was intended to be good-natured humor. My question is then, if that isn’t ok, why is it ok for a film like “White Chicks” to be made, where a couple of black guys put on white face and dress like women? Shouldn’t all white females be outraged? The answer, of course, is no. In both instances, those who do take offense need to grow up. One of the basic cornerstones of an adult attitude is the ability to laugh at ourselves and appreciate the humor in life. (I’m talking about humor here, not blatant racial slurs or bigotry.) Because the reality is, it doesn’t really matter who the joke is directed at – it’s just a joke, and we’re all just people. When you cut us, we all bleed red. That’s the bottom line, and until we all as a global society take that to heart, we will never get to graduate.

Read my father’s story from Feb. 2, 2014 here: A flood of memories for Holocaust survivors

GILDA EVANS is a bon vivant extraordinaire who started her first business while in college at the age of 20, which she sold at a profit when she was 24.  Winning her first poetry contest at the tender age of 9 and her first essay contest at 10, writing and speaking have always been natural forms of expression for her.

The long and winding road then led Gilda to begin her stint as a television writer/producer/director, working for such venues as CBS, HBO, Showtime and Warner Brothers.  It was during this time that she also met and married her children’s father.  Twelve plus years and three Emmy and Ace award nominations later, Gilda left the TV industry to devote herself to her family.

Unfortunately, the happily ever after was not to be back then and she found herself going through a divorce.  It was at that point she decided to reinvent herself and her career.  Her myriad of experiences comes to the forefront in GIRL TALK…a book series twenty years in the making whose time has finally come!  As Gilda likes to say, “I have a PhD in relationships from the school of life!”  She is also working on a YA novel series, THE ALTERNATES.

You may watch an informative and moving video about the Girl Talk book for teens and featuring the kids of Upper Lake High School here:

For more information or to leave a comment, please visit: www.gildaevans.com