Everything Has a Reason

Nurturing Wellness through Radical Self-Care: A Living in Balance Guide and Workbook officially launches March 27, 2013. I’ve asked my wonderful launch partners to guest post on Mindfulpathways. You’ll be treated to some wonderful, inspirational posts from dynamic  individuals from all over the United States and from several other countries.

Meet Selim Yeniçeri (Turkey). His post is his saga.

Bio: Book translator, author, musician, illustrator, motivational speaker, and the owner of SaySaga Inspirational website. With hundreds of radio plays, dozens of concerts, one symphonic hard’n’heavy album, numerous illustrations and artworks, around 300 translated books in various genres by worldwide famous and Amazon or New York Times bestselling authors and novelists, 8 written novels and self-help books under his belt, Selim is a shining example of putting what is taken from books to good use in real life; also a loving husband, and a much admired father of one.

Everything Has a Reason 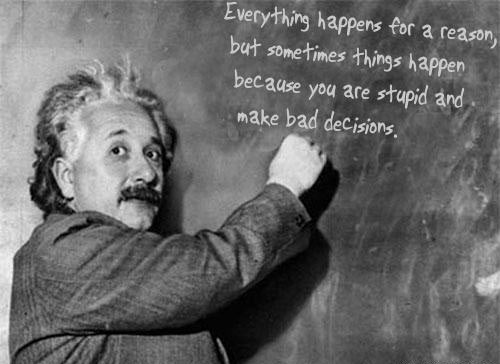 I was 26 years old, and I had another refusal from another recording company for my album. I was sad. I was mad. Mostly at God!

There should be some mistake about my location on Earth, or it was some kind of a sick cosmic joke to have all these wonderful artistic talents, and to be born in a country where you seemingly have no way to use them! DAMN! Why did my name have to be Selim, but not Rick, Nick, or Johnny? If I were in the US, UK, or any European country, and with more means and opportunities, I would be successful and famous already, wouldn’t I? I was trying to make rock music in a country where people didn’t even know what the music was.

Lost in my negative thoughts, I walked into a café to grab some coffee, and when I sat at one of the tables, I saw a framed quotation on the wall, saying, “Why all this glum and sadness? The days you were promised will come with brightness!” Next to the words, there was a drawing of Rumi, one of the greatest Sufis ever lived. It didn’t lift my spirit up suddenly then, but I felt as if he was answering my questions in some mysterious ways.

When I was back home that night, I asked my mother the exact questions in my mind, with all the bitterness within my heart. I didn’t know why, but I never forget what she said as answer, as if they were told by some higher beings through her lips. “God doesn’t do anything without reasons. If He gave all these talents, it doesn’t matter where you were born or where you live. The time for you to use them will come for sure!”

Years passed since then. I never became a rock star. I completed my album, but I couldn’t even release it due to global financial crisis between the years 2000 and 2002. While many of my friends changed their music styles to make albums and become pop stars, I didn’t give in anyhow. So, becoming a rock star in the country where I live became a pipe dream.

Or at least, that was what I thought.

In the meantime, something happened completely unexpected. In 1998, just one year and a half after my graduation from Academy of Fine Arts, I decided to translate books. You know why? The only reason was that I was spending a lot of money for the books, so I had to find a way to read for free! When I made this decision I didn’t know anyone in the publishing industry, and since my father’s profession was so far from mine, despite the fact he was a successful man, he wouldn’t be able to help me about this goal. Moreover, he preferred me to find a decent job in a decent company, so he didn’t believe it would work, either. As a matter of fact, people would approach me often and say, “Hey, you are Abdurrahman Bey’s son, and your father is a highly respected man. You should behave accordingly.” What they meant was that I should dress accordingly, and forget about nonsense like art, books, and anything.

However, I seemed to have made a right decision, because in two weeks, I met two guys – seemingly in accidental ways – who were professionals in publishing industry; one was a publisher of books about mysticism and Zen, the other was a professional book translator. And somehow, I began to work with this publisher, and I loved books so much that I got a letter from the editor of that company, thanking me for the high quality text I created. It encouraged me more, and I focused on translation works more vigorously. Then someday, I noticed what was happening exactly: I was reading for free; and people were paying me for the books I read! Only one step I had to take now: To turn it into a professional career! And the best part? I was translating books about motivation, personal development, communication, success strategies, etc. And I wasn’t only translating, but applying what I learned from these books to my own life.

It was exactly one year later. One night, my father came into my room and asked me where I knew one of the top executives at the main company he worked with. I hadn’t even heard the name of the guy. Dad asked me how the guy knew me? Well, it turned out that this guy in question approaches my father that day, and asks him, “Do you know somebody named Selim Yeniçeri? Your surnames are same?” And Dad explains I’m his son. The guy tells him he reads the books I translate, and that he’s an admirer of me. Dad thinks I called the guy and asked him do this favor for me. From then on, Dad (and I) realized what I was doing exactly, and he was so proud that he had a son whose name was mentioned with the worldwide famous authors. And he was mentioned as Selim Yeniçeri’s father!

But the biggest lesson in this was for me, actually, and it became more and more obvious in time. Since the year 1980, the time when I found myself in front of a microphone at Turkish government’s radio and television channel TRT, I’ve been setting the foundations of a career that would spread the entire world. What I didn’t know then was that everything I tried as a career was actually just a training part of each component. I wasn’t destined to be a rock star. I wasn’t destined to be a famous actor. I wasn’t even destined to be a famous book translator, actually; even this was just a by-product. I was destined to be a motivational and inspirational help for the people who would choose to write their own saga in life, and all the artistic talents I’ve been given from birth were just tools that I would use to this end. That’s the main purpose why SaySaga Inspirational was found.

I just began to realize only last year that I’m actually starting my real career now. While I was complaining for lacking the opportunities years ago, we didn’t even know some very special phenomena called as Internet, neither what opportunities it would provide us. For instance, I met the owner of this wonderful site MindfulPathways.com, Janet Nestor just a few weeks ago. And in such a short time, she became one of the best friends I’ve ever had. We never met face to face in real life, but we have such a communication that it goes far beyond of physical.

But throughout all these years, there was something that helped me to carry on, but I often overlooked, because it’s easy to do so when you are not aware what is going on below the surface of events. It’s something my dear friend Janet Nestor calls as Earth Angels. You should read her article to understand completely what this is all about, but I can tell you that these people whom you meet more often than not in your life actually show you the way with nuances. There is no other way around when it comes to find your spiritual way in life; you have to keep your eye of heart open all the time!

For me, even some of those guys who turned me around were among those angels, but I hadn’t understood what they meant then, because I only focused on the target in hand, not the one that I was meant to reach years later. For instance, there was a musician, who is still very famous all around my country, and who even represented Turkey in Eurovision for several times already, to ask me if I wanted to be famous. He said he could make me famous overnight; but with one condition: Was I ready to accept of being forgotten in a few months? Then he went to explain (give your attention here, because Devil hides in the details) with exactly these words: “It will take a very long time – actually years – for you to be ready, because it’s obvious you are meant for something much greater.  And it’s simply not the time yet. But when the time comes, you will rise so strongly that nobody will take you down again.”

When I look back now, the funny thing I see is that this guy actually said everything quite clearly and openly. But do you know what message I got from these words, because I only focused on the target of becoming a rock star? Forget about being famous; you have no talent! Despite the fact that he said what I did was incredible!

What I’m trying to convey here is the importance of being patient, and the ability of seeing invisible reasons below the visible occurrences. Unless you open your eyes, ears, and heart to these Earth Angels, with Janet’s term, you can’t understand what they try to tell you, just like I couldn’t. Trust me, I’m telling you from experience, even – as a matter of fact, especially – the darkest hours of your life, most probably, also will be the most powerful moments in your life. Cherish them, learn from them, and know that everything has a reason for something bigger, even if you can’t or don’t want to see that yet.

And, well, no, I’m still no rock star. But who cares of being a rock star, while many people all around the world follow your works on net, and you have a lot to share with them??