From Deadlock to Solutions: Consensus Agreement

Welcome book launch partners, The Shift Doctors Tracy Latz, MD and Marion Ross, PhD. They authored a wonderful foreword to Nurturing Wellness through Radical Self-Care and are best selling authors of multiple books. Thank you Marion and Tracy for this meaningful post. 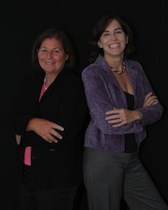 Marion Ross, PhD, holds doctorates in Holistic Healing, Metaphysics, and Transpersonal Psychology as well as being certification in Mind Body Medicine. Tracy Latz, MD, MS, is an Integrative Psychiatrist, Medical Intuitive and has served as Associate Clinical Faculty in the Department of Psychiatry at the Wake Forest University School of Medicine. She holds a Masters degree in Immunobiology, doctorates in Metaphysics & Holistic Healing, certifications in Mind-Body Medicine and is currently in private practice in a suburb of Charlotte, NC with over 20 years of clinical experience in shifting lives.

From Deadlock to Solutions: Consensus Agreement

How do you get legislators or other people in the same room to get out of their egos (and give up getting their name on the proposition), open their minds, listen to (and consider) other points of view, and work for the common good of the country, group or organization? In a consensus process, the opinion of each member should be considered, discussed, compared and discussed again until everyone begins to sees all aspects of the issue at hand and arrives at a common understanding of the problem.

When following such a process, members begin to learn about others’ perceptions and a decision or approach emerges as differences are understood and narrowed. This outcome goes beyond something people can “go along with”. Instead, it is a decision team members believe in as the truly best way to go, given the circumstances. Because the issue has been examined, re-examined, tested through discussion, critiqued and analyzed, all members of the team can “see” the problem and the solutions from many different points of view.

A decision reached by consensus is one which brings team members who start off with differing points of view to shared perceptions and a common understanding of all the issues. It ends up being a learning process for all involved. Through discussion of how each individual envisions the problem, everyone begins to share perceptions and then the focus can be shifted from differences to what shared goals are found in common. A key element in a consensus agreement is for everyone to drop their dogma and pre-conceived ideas while listening with an open heart and mind.

Tools to Overcome Deadlock and Reach a Consensus- Tips to narrow differences in points of view among team members and work towards commitment toward a positive solution:

1. Ask everyone around the table or room to express their thoughts in 5 minutes or less. If they don’t choose to speak out an opinion or add to the discussion, they lose the right to vote on the issue. This will keep team members from dominating the meeting (thus stampeding or railroading others) and/or polling everyone else prior to forming their own opinion.

2. Request facts, definitions or explanations in an attempt to uncover what different thoughts or words really mean to team members.

4. Be open-minded. Ask yourself, “What dogma might I be standing in that could be limiting my own viewpoint?” Modify your own views when faced with compelling facts and opinions.

5. Identify similarities and differences among the points of view in the team or members.

6. Reinforce mindful open-mindedness—the willingness to mindfully listen to other views—as well as the need for cooperation.

7. Remain non-defensive and unemotional when challenged; and avoid resentful or angry encounters. When you are angry, your heart (and often your mind) is closed.

8. List both the positive and negative aspects or consequences of each point of view.

9. Ensure again that each team member has an opportunity to participate and be heard.

10. Try to define the element of risk associated with each decision and create an approach that minimizes that risk for everyone as much as possible.